In 2004, I decided to leave the City and set up my own practice focusing on my core skills while building a practice in new areas including mediation and arbitration. Prior to that, I had been a partner at two substantial City of London practices specialising in Technology Law.

I have become well known in the IT Law field, having served as Chairman for two years of the Society for Computers & Law, and currently serving as Chairman of the Legal Affairs Group of Intellect. After stepping down as Chair of the Society for Computers & Law, I became a Fellow of that body. I am a Fellow of the Chartered Institute of Arbitrators, and am featured on their panel for IT/IP disputes. I am a Fellow of the British Computer Society, for which I have been appointed to act as Chair of their disciplinary tribunal.

You can email me at [email protected] 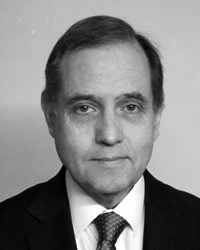 Oscar Rowlands has been involved with IT contracts both as a senior lawyer and as a commercial manager for more than 25 years. A graduate in both law and computer science he was called to the Bar in 1990.

Oscar has worked in-house as senior counsel for technology at large international organisations (both users and suppliers) and as a specialist IT lawyer within a medium sized City practice and a national law firm (where he was a partner).

Predominantly involved in non-contentious IT law matters he also has experience of and been involved in IT disputes and is a CEDR accredited mediator.

Often commended for his commercial approach Oscar works on a full range of IT and related legal matters from software licenses valued in the tens of thousands of pounds to large Outsource agreements worth more than a billion pounds and everything in between.

You can email Oscar at [email protected]

What to do if you receive unsolicited email from us